A Project for Better Journalism chapter
The Bulldog Herald
Heads Up 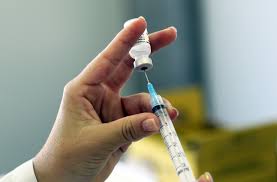 This year’s flu officially reached epidemic proportion in the US according to the CDC (Center for Disease Control). With 49 states reporting widespread flu activity, flu strain H3N2, the most deadly strain, with a death toll now at over 100 deaths nationwide. That’s including 36 in Arkansas, 7 of those in the NWA area. Places like Alabama calling for a State of Public Health Emergency, shutting down some schools along with Texas, Idaho, and North Carolina after flu outbreaks spread through classrooms.

Doctors are saying the most vulnerable groups are kids younger than the age of 5, adults over the age of 65 and pregnant woman. Confirmed cases doubling in the last two weeks, over 60,000 reported, but the numbers are expected to be much higher since some don’t seek medical attention. Hospitals in California flooded with flu patients, staff forced to make tents in parking lots to treat the sick. Some pharmacies are even on a Tamiflu shortage, a prescription drug used to shorten the flu and its symptoms.

Despite the CDC saying this years vaccine is only 32 percent effective against the common strain and 10 percent effective against other strains, doctors still encourage you to get a vaccine if you haven’t received one yet. Vaccines could help reduce severity of symptoms and shorten flu duration. Nasal sprays are not recommended according to the CDC due to its poor performance compared to the flu shot.

The Springdale School District is also taking a hit, many students and teaches showing flu symptoms, no specific number of absences or cases but there is no denying that the flu is coming around.

What to do if you get the flu:

How To Prevent the Flu:

Avoid people who are sick – quarintain yourself away for people, stay in bed

Disinfect surfaces that you touch frequently – Things like cell phones, TV remotes and door knobs should be disinfected whether it’s flu season or not.