A Project for Better Journalism chapter
The Bulldog Herald
Entertainment 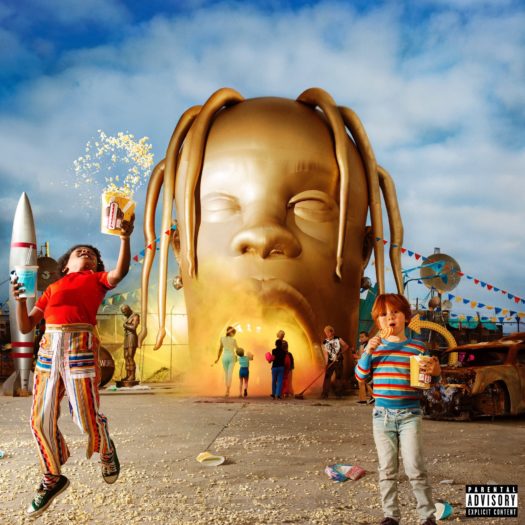 ▲
ASTROWORLD by Travis Scott is now available for digital download.

▲
ASTROWORLD by Travis Scott is now available for digital download.

One day my kids will ask me, “Where were you when ASTROWORLD dropped?” and I will respond by telling them this: I was in my room, with everything turned off, phone fully charged, earbuds plugged in, ready to give my full attention to Travis’s newest masterpiece.

The long awaited 3rd solo studio album by Travis Scott, ASTROWORLD, finally released August 3rd and I have yet to stop listening.

As a Travis Scott stan (super fan), it has felt like an eternity waiting on this album, considering the fact that his last project, Birds In the Trap Sing McKnight, was released 2 years prior in 2016.

Although Travis Scott released a collaborative album with rapper Quavo at the end of 2017, the album couldn’t quench an ounce of thirst for more solo projects by Travis.

The best part of ASTROWORLD is the vivid instrumentation. It is so deeply tuned that I feel myself getting lost within the sound. This makes sense though as Travis was originally a producer and a good one at that, especially with the help of Mike Dean, another great producer. The sound is near addicting as I have yet to go a day without listening to the album.

Some of my favorite sounds from the albums are from the tracks Stargazing, RIP Screw, Skeletons, Wake Up, and Houstonfornication, But overall the production on the album gets a 10/10 for me.

The lyrical part of the album, however, is underwhelming to say the least. In his defense though, Travis isn’t really a lyrical rapper, he is way more melodic and less poetic. However, he has shown in previous tracks that he can really spit! Sadly, on ASTROWORLD it isn’t showcased very much. Lyricism isn’t a factor that attracted his fans to his music. Those, like myself, appreciate Travis for his headbanging and smooth, electric melodies. It receives a 7/10 for lyricism in my perspective.

Overall, ASTROWORLD manages in 58 minutes to displays great production, mediocre lyrics, and melodic-catchy songs. It has been over a month since it has released and it is still at the top of my music rotation. The album was definitely worth the wait. I sense it will be referenced to and talked about for years to come. ASTROWORLD, overall, gets a 9/10 from me.