A Project for Better Journalism chapter
The Bulldog Herald
News 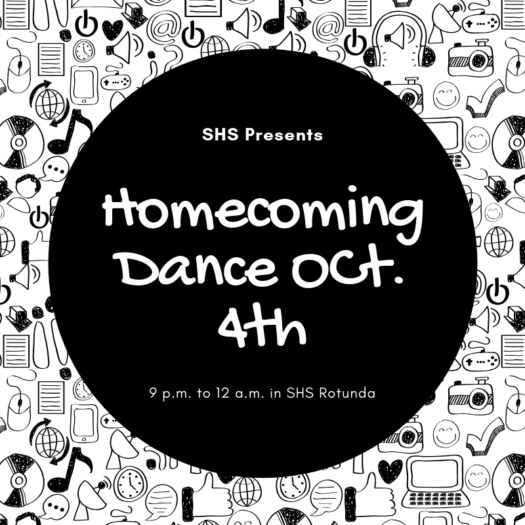 Students at Springdale High School are eager to know what the school is going to do about the upcoming Homecoming dance since many students are planning to go to the JMBLYA Concert at the Walmart amp in Rogers on October 5. The concert will include favorite hip-hop artists and rappers like Juice WRLD, Playboi Carti, and Dababy. These artists have millions of fans around the world and the concert sent everyone in NWA in a mad frenzy. Almost everyone’s snapchats and instagrams were filled with the announcement. During the hysteria, many forgot about the Homecoming dance planned for the same time.

There were many rumors going around about the possible future of the school dance. Many have heard that school completely cancelled the dance because of the concert, afraid that no one would show up, others had heard that the dance was going to be different this year.

“The dance will not be shut down, it will only be moved so more people can show up,” said Junior Arath Medrano, a member of the SHS Student Council.

Medrano also provided information about the theme of this year’s dance, “Butterfly Garden.” Student Council considered  “Astroworld” from Travis Scott’s 2018 albums, and “A Night Under the Stars,” but “Butterly Garden” was ultimately chosen.

Mr. Wood,  AP English teacher and Junior Class Council sponsor, said the dance had to be adjusted since such a large number of students planned to attend the concert.

“The original idea of the homecoming dance is to make it the Saturday following the homecoming game on Friday, but with the whole concert going on we decided to move it to a different day since everyone will be going to the concert,” Wood said. “But what we didn’t consider when we moved the date of the dance was that it will be on a four day weekend and that wasn’t going to work so we decided to make the best of what we got and let Junior Class Council vote and they voted on making the dance the day of the homecoming game.”

The dance will be on Friday, October 4th.  The price of the tickets will be $10 and they will be sold the week of homecoming during both A & B lunches, and before and after school. The dance will be a semi-formal dance and will start at 9 p.m. and  last until 12 a.m.