A Project for Better Journalism chapter
The Bulldog Herald
Heads Up, News 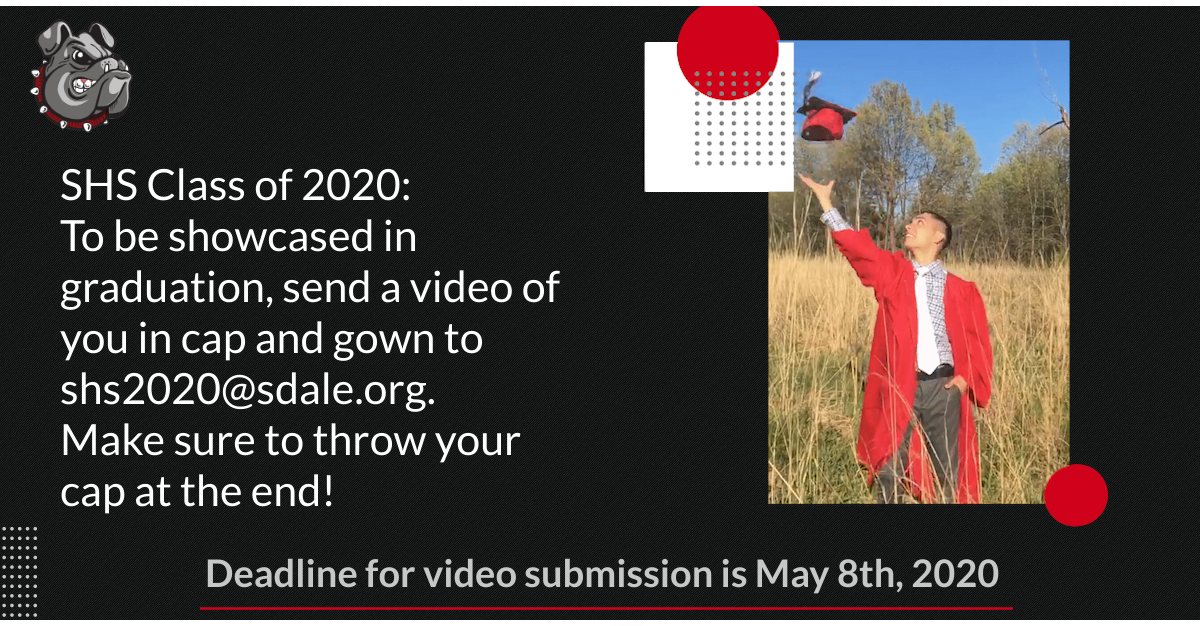 While an in-person graduation ceremony for SHS seniors has not be ruled out, the school announced Friday that a celebration video would be released at the end of May.

Arkansas schools were closed to on site instruction on March 15 due to the outbreak of COVID-19 cases in the state. With that announcement, came a lot of uncertainty about seniors and several planned events, including graduation.

While school officials are still hoping to have some sort of in-person ceremony for graduates, a video celebration is being planned to honor graduates in the meantime.

Students are asked to contribute by sending a video of themselves in cap and gown, throwing their cap in the air at the end of the video, just as they would at a typical ceremony.